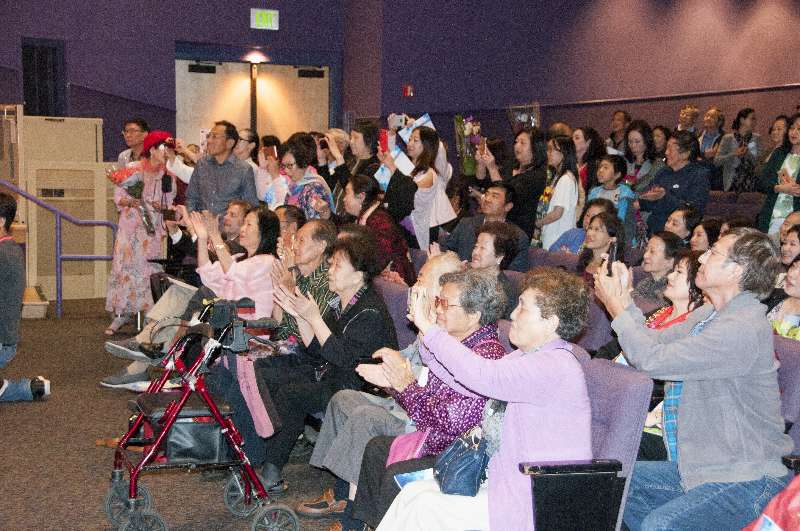 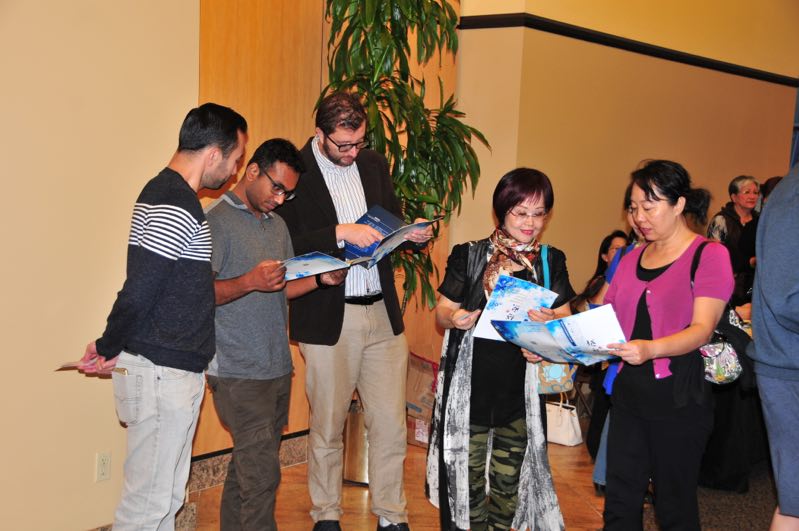 The Purple Hairpin-Encountered at the Lantern Festival

The  young scholar in the Tang Dynasty named Li Yi was a famous  poet.  His name was well know in the capital Changan.  Together with his two good friends, he traveled to the capital for national scholar contest.   They went out on the day of Lanterns Festival and was scattered by Marshal Lu’s daughter Yanyu who was disguised as a man and riding on a frightened horse .  While looking for his friends, Li Yi encountered Huo Xiaoyu, a well-known beauty and singer who loves Li’s poems.  They fell in love at the first glance.  Using the Purple Hairpin as a love token, they got married.  Li Yi won the first place in the national scholar concest and was appointed the title of Top Scholar.  Attracted by Li Yi’s talent and handsome appearance,  Yanyun swear not to marry anyone  but Li Yi.   Marshal Lu tried various ways to make Li Yi give in but Li Yi ignored.  The angry Marshal Lu demoted Li Yi to be a military official at a military frontier and remote area so as to keep the loved couples away from each other.   Xiaoyu stopped her career and a singer and could barely make a living.  For three years, she suffered from both poverty and sickness but faithfully waited for Li’s return.  Yanyun was touched by their love.  She persuaded her father to adopt Xiaoyu as his God daughter.   Li Yi and Xiaoyu finally reunited.

The Story of the White Snake –The Broken Bridge

is a famous Chinese folk tale. It tells a love story between a snake and a human being.  The white snake and green snake practiced immortality for thousands of years in Emei Mountain.  They transformed into two beautiful ladies named Bai Suzhen and Xiaoqing. They came down to Hangzhou where they coincidently met a man named Xu Xian, a clerk who works in herb medicine store. Bai Suzhen fell in love with him and they got married. The Zen Master Fahai of Jinshan Temple attempted to separate them. He told Xu Xian that his wife was a snake and by drinking a herbal wine at Duan Yang Festival, his wife would expose her true self. Xu Xian did not believe but was anxious to prove Fahai’s nonsense.  After couple of drinks his wife helplessly revealed her serpentine body. When Xu Xian saw this, he frightened to death. Experienced hardships, Bai Suzhen climbed the Kunlun Mountain and finally steal immortal herb and revived Xu Xian. Fahai  determined to break up their relationship. He kept Xu Xian in Jinshan Temple. For rescue Xu Xian, Bai Suzhen and Xiaoqing used their super power to flood Jinshan Temple and fought fiercely with Fahai,  Bai Suzhen was defeated due to her pregnancy and had to return to Hangzhou. Xu Xian escaped from Jinshan temple and looked for Bai Suzhen.  They met on the Broken Bridge of West Lake and United temporally.

Because of her father’s Injustice fate, the talented woman Meng Lijun and her whole family were punished.  She disguised herself as a man and escaped home in a hurry.  Before leaving, she painted a self portrait for her fiancé to express her love.  Three years later, Meng Lijun, named Li Junyu now, became the prime minister after she won the first place in national scholar contest .  On the other hand, Shao Hua returned to the capital with a fierce battle victory.  As a reward, the emperor attempted to grant a marriage to him.  Shao Hua then told the emperor that he would not marry anyone else but Meng Lijun.  Shao Hua suspected that Li Junyu is actually Meng Lijun because he looked just like her.  He pretended to be sick.  When Meng Lijun learned about Shaohua’s sickness she went to see him immediately.  Seeing her self portrait hanging at Shaohua’s study room, her feeling became very complicated.  Shao Hua showed his true love to Meng Lijun and tried to persuade Meng Lijun to admit her true self.

The Temptation of Love – Petition to the Sea Deity

Famous prostitute Jiao Gui-Ying  supported poor scholar Wang Kui  while he was in need.  In the temple, they vowed to the Sea Deity a promise to marry, honor and love each other forever.  Two years later, Kui excelled in the national scholastic exams and left a letter of divorce for Gui-Ying.  He then married a noble lady of the court in pursuit  of fame and status.  Hurt and ashamed, Gui-Ying committed suicide in the temple after tearfully telling her story and petitioning to the Sea Deity for vengeance. Her petition was granted by the immortal Deity and he led her ghost to her lover.  Still in love and willing to give her lover a last chance, Gui-Ying tried tempting him by re-telling their earlier memories.  However, Kui was ungrateful and heartless, and in her angst and disappointment, Gui-Ying avenged Kui.

Petition to the Sea Deity is one of the famous dramatic acts in Yueju. The tensional and explosive performance thrilled us with the vivid experience from deep sorrow, rage, regret, inferiority, disbelief, eventually developed into desperate insanity.

Intoxicating Night at the Barracks

In Northern and Southern dynasties (420-589)，Rouran Khaganate’s frequent interventions and invasions profoundly affected neighboring countries, such as Northern Wei. General Lu Xiao from Northern Wei had a fierce battle with Princess Ruru from Rouran.  Lu Xiao was defeated and became an unarmed prisoner after the battle.  At the night before his execution, Xiao drank himself alone in sorrows and memories. Unexpected, Princesses Ruru fell in love with Xiao during the battle. She was such a bright and enthusiastic young girl and she decided to visit Xiao in his jailed barracks secretly. Ruru tempted Xiao by dance and wine, together with her untamable nature of love. She even afforded Xiao to become her husband. Although impressed by her passion and love of freedom, Xiao struggled to resist her because of the loyalty to his country.  Hurt but understood, Ruru felt they are the same type of person who would rather die than betray the country. Finally, Ruru set Xiao free secretly. Lonely, she drank and whelmed herself in dream of unobtainalbe love.

During the Warring States period, the King of Qin dominated all states. The Prince of Yan was seeking warrior and swordsman to assassinate the King of Qin. Jin Ke, a superior swordsman, came to Yan to rescue his good friend Fan Yuqi, who used to be a general in Qin but escaped to Yan. Jin Ke met a beautiful girl named Xia Yun at the countryside.  Xia Yun was the Prince’s sweetheart. To lure Jin Ke for assassinating the King of Qin, Xia Yun visited Jin Ke at midnight per the Prince’s request. However, Xia Yun was touched by Jin Ke’s righteousness. They two fell in love. General Fan believed in the Prince’s assassination plan. He suicided hoping to use his death to make Jin Ke  the assassin.  Xia Yun kneww once Jin Ke went to Qin, he won’t be back alive no matter of success or failure. Promising to be a couple in the next life, Xia Yun suicided using Jin Ke’s sword. Live without hope and die without regret, Jin Ke finally set his foot on the lonely journey to assassinate the king of Qin.

The Act “Midnight Visit” is about Xia Yun carrying a vintage wine to visit Jinke.  Jin Ke was impressed by Xi Yun’s hometown song.  Xia Yun was touched when Jin Ke opened his heart.  They finally fall in love.

Li Xiuying，the daughter of the Ministry of Personnel, married Wang Yulin, the son of Imperial Academy scholar.  Xiuying’s cousin Gu Wenyu was jealous about this marriage because his propose was rejected by Xiuying.  On the wedding night, with the collusion of Matchmaker Sun, he placed a forged love letter, together with the jasper hairpin stolen from Xiuying, at the door of the bridal chamber.  Yulin was deceived when he saw the letter and hairpin. He suspected the relationship between Xiuying and her cousin was evil.  He Viciously treated and abused her mentally and physically.  Li Tingfu rushed home when he heard Xiuying was abused. Upon Li’s question, Yulin showed the love letter and hairpin.  Truth was revealed after comparison of hand writing and interrogatory of matchmaker Sun.  However, Xiuying was tortured into a disease.  Yulin was so regret of his behavior.  He participated the national scholar contest and won the first place.   Holding the phoenix crown and embroidered gowns granted by the emperor, Yulin apologized for his bad behavior and pleaded forgiveness.