Documentary：A Yueju Opera Troupe in US

Far oversea in Los Angles, US, there are a lot of Chinese people here. After years of hard working, they finally got all settled down in this other home, but they started to miss their old home, the culture they grow up with. They first started a “Yueju salon”, a fan club hang out together every other time. Then they made it into a real opera troupe, had a big show “A Dream in Red Mansions” and present on the stage to public. It is not a easy thing to perform “A Dream in Red Mansions” in US. Leader Jianhua Wang tried every way to find actress, rent rehearsal spaces, make scenery and stage properties. Local Chinese community are all being mobilized and supported the show. As far away as in China, famouse Yueju artists Xu Yulan, Wang Wenjuan, Jin Caifeng called frequently, gave detailed guidance to the performance. “A Dream in Red Mansions” was a huge success, it not just brought fabulous Chinese culture to US, and also united the Chinese community in local LA.

“The Chinatown” is series report about the story of oversea Chinese people. How they went cross the sea, struggled in the culture conflict, and finally settled down in the foreign land. In the first episode, it introduced LA Yueju.

Award：from Government and Association in California

Los Angeles Yue Troupe has been awarded by the U.S. state of California government, local government and elected officials, for the great achievements of dissemination of Chinese culture and promotion in cultural exchanges between China and the U.S. contribution.

China Daily Report on the Yue Opera night at 2013 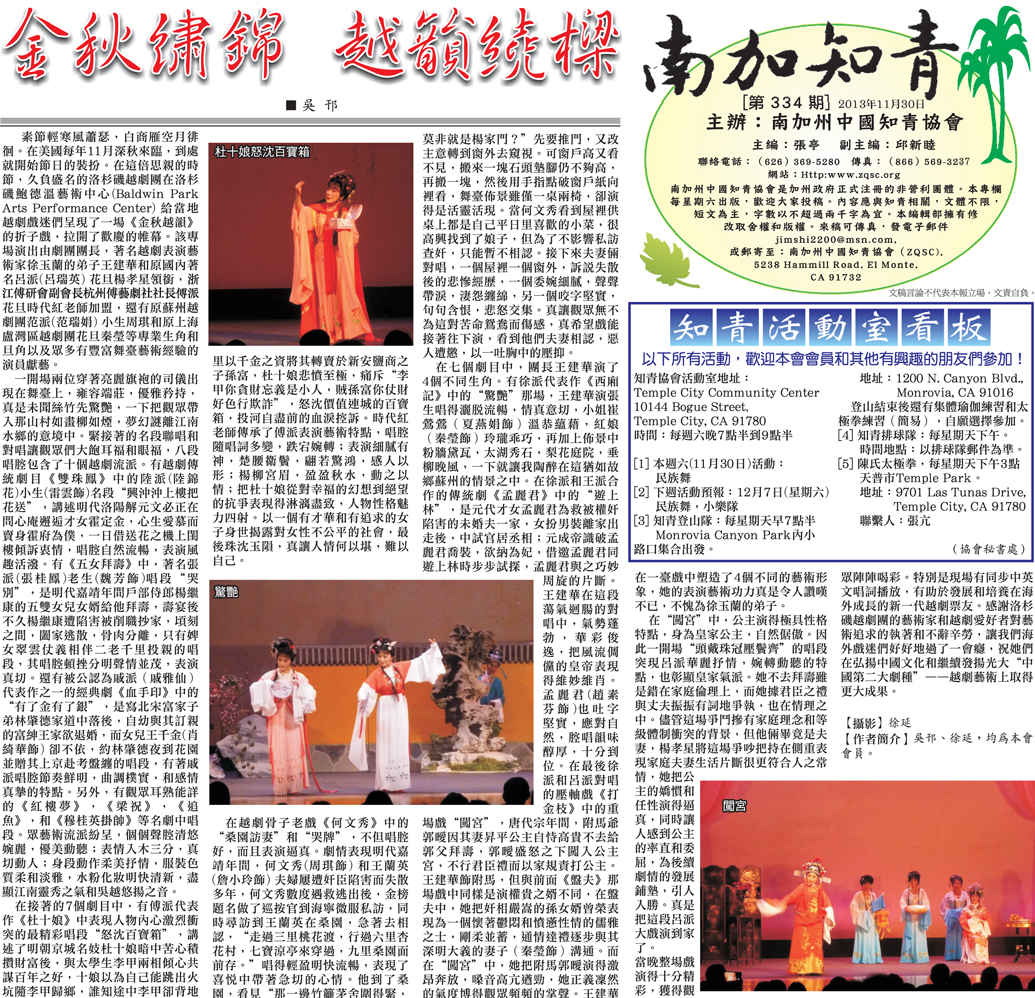